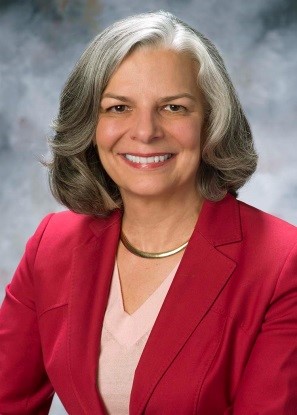 As workplace misconduct issues and national movements combatting gender biases in the workforce continue to make news, the Healthcare Businesswomen’s Association (HBA) is eager to shine a positive light on healthcare industry leaders who are powerful and effective advocates for gender parity in the workplace. The HBA announced its 2018 award recipients during a reception at the 36th annual J.P. Morgan Healthcare Conference in San Francisco. Three healthcare executives were recognized as inspirational role models and applauded by industry leaders.
Dr. Julie Gerberding, MD, MPH, executive vice president for strategic communications, global public policy and population health and chief patient officer, of Merck & Co., Inc., has been selected as the 2018 Woman of the Year (WOTY); Nick Colucci, chairman and CEO of Publicis Health, is the recipient of the Honorable Mentor award; and Terri Pascarelli, CEO of AIT Bioscience, is recognized with the Strategic Transformation Achievement Recognition (STAR) award.
“As passionate advocates of gender parity in the workplace, Julie, Nick and Terri have long advocated for the development and advancement of women in the work environment. Their commitment and the sustained impact they have had is a timely and encouraging reminder—that there are many leaders who create and foster healthy and positive corporate cultures. The HBA is proud to acknowledge each of them and their contributions to advancing gender parity,” said Laurie P. Cooke, HBA CEO.
The HBA Woman of the Year (WOTY) award honors a senior executive female whose accomplishments have resulted in significant contributions to the healthcare industry. Dr. Julie Gerberding has been at the forefront of the world’s most pressing population health issues. Her leadership in modernizing the Centers for Disease Control and Prevention (CDC) earned her recognition as one of Time magazine’s 2004 “100 Most Influential People in the World”. During her time at Merck, in roles as president of Merck Vaccines, and her current role as chief patient officer and executive vice president, she has mentored dozens of women and championed the development of the Merck Women’s Employee Business Resource Group (EBRG) strategy and execution.
As chief patient officer, Dr. Gerberding leads efforts to engage with patients and patient organizations to bring their perspectives into Merck and MSD to help inform company decisions and represents Merck globally on patient-related matters.  In addition, she is building new initiatives designed to accelerate Merck’s ability to contribute to improved population health, a measure increasingly valued by consumers, health organizations, and communities.

As a world-renowned infectious disease and public health expert, Dr. Gerberding is a leader well-versed in and passionate about acting with purpose and urgency to meet patient needs. She joined Merck in January 2010 as president of Merck Vaccines and, during her leadership of that business, helped make the company’s vaccines increasingly more available and affordable to people in emerging markets and some of the most resource-limited countries in the world. Dr. Gerberding also helped lead the successful launch in India of the MSD Wellcome Trust Hilleman Laboratories, a not-for-profit joint venture for vaccine development. In 1998, she left her tenured academic faculty appointment at the University of California, San Francisco, to lead the U.S. Centers for Disease Control and Prevention (CDC) Division of Healthcare Quality Promotion and then served as the CDC Director from 2002 to 2009.
As director, Dr. Gerberding led the CDC through more than 40 emergency responses to public health crises, including anthrax bioterrorism, SARS and natural disasters. She also advised governments around the world on urgent issues such as pandemic preparedness, AIDS, antimicrobial resistance, tobacco and cancer. At the University of California, San Francisco (UCSF), Dr. Gerberding directed the Prevention Epicenter, a multidisciplinary research, training, and clinical service program that focused on the prevention of infections in patients and their healthcare providers.

Dr. Gerberding received her undergraduate and MD degrees from Case Western Reserve University (CWRU). She completed her internship and residency in internal medicine and fellowship in clinical pharmacology and infectious diseases at the University of California, San Francisco (UCSF), where she is currently an adjunct associate clinical professor of medicine in infectious diseases. Dr. Gerberding received a masters of public health at the University of California, Berkeley. She is a member of the Institute of Medicine and a fellow of the Infectious Diseases Society of America and the American College of Physicians, and is board certified in internal medicine and infectious diseases.

Dr. Gerberding currently serves on the boards of Cerner Corporation, CWRU, MSD Wellcome Trust Hilleman Laboratories and the BIO Executive Committee. Dr. Gerberding has received more than 50 awards and honors, including the United States Department of Health and Human Services (DHHS) Distinguished Service Award for her leadership in responses to anthrax bioterrorism and the September 11, 2001 attacks. She was named to Forbes Magazine's 100 Most Powerful Women in the World in 2005 through 2008 and to Time Magazine's 100 Most Influential People in the World in 2004.
Dr. Gerberding will be honored at the 29th Woman of the Year event at the New York Hilton Midtown on Thursday, 3 May where nearly 2,500 leaders from across the industry will attend. The event will also recognize the HBA Honorable Mentor, STAR and nearly 100 Rising Stars and Luminaries from across the spectrum of our industry.