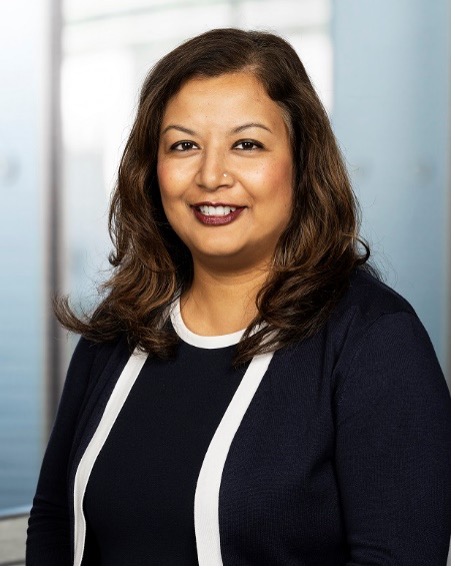 The HBA Houston Honored Volunteer Award was presented this month to Mitali Paul. Mitali was nominated for her leadership and many contributions as a volunteer for HBA Houston. Since 2019, Mitali has been one of HBA Houston’s most active ambassadors. She has partnered with the HBA Houston board to orchestrate events geared towards professional development and career advancement. Thanks to Mitali’s passion for mentoring and developing others, HBA Houston has had some of the most impactful and highly attended virtual programs across the organization.

Born in Germany and raised in India, Mitali Paul has two decades of experience in the healthcare industry. She is Administrator with Department of Surgery at Houston Methodist. Previous roles include opening a 41-bed inpatient rehabilitation facility, Sugar Land Rehab Hospital, as CEO, and Vice President with Wiederhold & Associates, an executive coaching and career transition firm where she coached over 100 senior executives. Mitali is also a passionate educator serving as Adjunct Faculty at Texas Woman’s University for the Graduate Healthcare Administration program and Instructor for the Physician Leadership & Management Certificate program for University of Houston-Clear Lake. In prior roles, Mitali served as the CEO of Select Specialty Hospital and held leadership positions with Harris Health System and The University of Texas MD Anderson Cancer Center.

A Fellow of the American College of Healthcare Executives since 2011, Mitali chaired several chapter committees and currently serves as Board Member for the Southeast Texas chapter and the Management Series Editorial Board for ACHE National. She chaired the Healthcare Administration Alumni Steering Committee for the University of Houston-Clear Lake and was appointed to serve on the Library Board by the Pearland City Council for 2017-2018.  She continues serving on the Advisory Board for IACAN (Indian American Cancer Network) after being an active board member from 2009-2013.

Mitali was honored with a “Service Award” in 2013 and a “Distinguished Service Award” in 2021 by the American College of Healthcare Executives and an “Early Achievement Award” in October 2012 by the Alumni Association of the University of Houston-Clear Lake. She was listed among the “Top Ranked US Executives in 2014” by the National Council of American Executives.

Thank you, Mitali, for your dedication to inspire and further the advancement and impact of women in the business of healthcare. HBA Houston would not be possible without the contributions of volunteers like Mitali. She is an extraordinary leader that has played a significant role in building the HBA presence in Houston. We are lucky to have Mitali as part of the team. Email Mitali here.