The HBA is proud to announce our 2021 Leadership Award winners for their outstanding achievements across the association. 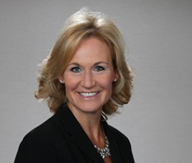 The HBA Chair award recognizes an individual who has exemplified effective leadership and dedication to the mission of the HBA and has had a measurable impact on the HBA global organization.

A recent PharmaVOICE article highlights Rebecca and her achievements. It shared how much she inspires others by creating a cause worthy of commitment, motivating people to give their time to achieve mutual goals, and empowering people to be their best by applying their innate talent and strengths. When faced with challenges, Rebecca pauses and takes a deep breath with her team while appreciating others' feelings. “We reflect, regroup, and keep our sights on the goal so we can take a new approach,” she says. “I don’t give up on things the team or I believe in, and I demonstrate the strength needed to pursue things most important to people while doing what’s right.”

Rebecca began her volunteer journey with the HBA in 2006 and serves today as the Global Board Nominating Committee Chair. She continues to be a shining star for the HBA and a partner in our United Force for Change.

The HBA Innovation Award recognizes an individual or group who has demonstrated commitment, passion, and a drive for results, creating a new process, product, service, or level of recognition for the HBA. 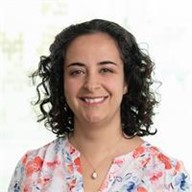 About Loddie Foose
The nominee shared that they have never seen a leader in the HBA with more vision and drive than Loddie. She is a force of nature and developed HBA's WIH Give Back from the ground up, dealing with setbacks in her inimitable style. She is collaborative and seeks to align with the mission and staff of the HBA in all she does. Her group has gone from 0 to >1000 members in one year which speaks volumes for her leadership. Furthermore, she embodies the leadership that we aspire to in terms of recognizing others for their contributions and has consistently ensured that the volunteers on her team are aware of her gratitude for their efforts. In closing, I would also note that Loddie is a visionary and always looking for ways to elevate the HBA - truly a groundbreaker in so many ways there is no one that I can think of who deserves to be recognized more than Loddie.

About HBA's Women in Healthcare Give Back, a global affinity group
HBA's WIH Give Back has captured the hearts of many HBA members because of its mission orientation, excellent quality of programs, and support for women's development. Our volunteers have commented on how much they love being in a community of like-minded women trying to drive positive change for the world and how it has shaped their development. We have found that if we give women something bigger than themselves to look to – for example, something that will help their community – they are much more willing to jump out of their comfort zones to help, and this, in turn, translates to them practicing key skills they need for professional development.

All of this was built from scratch by the wonderful leaders of HBA's WIH Give Back who volunteered their efforts tirelessly for a great vision of what we could achieve together. HBA's WIH give back together, grow together, lift the world together.

The Chapter Excellence award recognizes an entire chapter board that has excelled in an area of regional operations and exceeded the HBA’s membership and/or financial targets for region and chapter.

The leadership team for HBA Suburban Delaware Valley (SDV) of the HBA Mid-Atlantic region has done a terrific job in bringing the previous HBA West Chester and HBA Mainline Montco chapters together. It was decided for the benefit of the members and volunteers that it would be better to have one chapter in the suburbs of Philadelphia. Once the top leaders were selected, they focused on how to combine the resources and filled a new board that had a mix of members from each of the previous chapters.

HBA SDV leaders have developed an “Event Recap” that they provide with each event they do. The HBA's Manager, Program and Member Value Offerings, Michelle Morse shared, “I just really appreciate their thoughtfulness and the fact that they take the time to understand their membership’s needs and their sponsor’s needs – and make their programming profitable.” 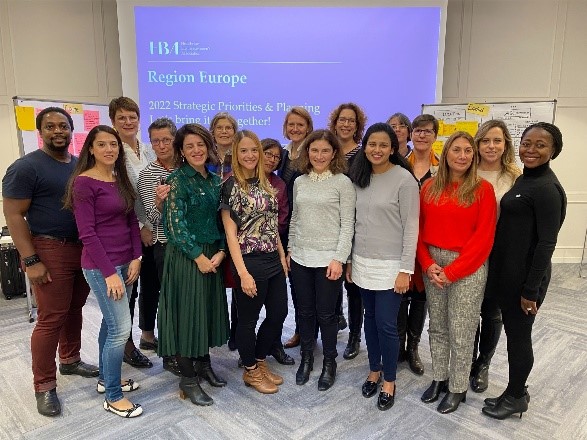 The Regional Excellence award recognizes an entire regional council that has excelled in an area of regional operations and exceeded the HBA’s membership and/or financial targets for region and chapter.

The HBA Europe region is the growth and innovation engine for the HBA, with a super committed regional council team and very collaborative and impact-focused chapters. In 2021, the cross-region collaboration was even more pronounced and led to some very impactful events, membership numbers of 1600+ and additional new corporate partners headquartered in Europe that joined the HBA. In addition, the team had a fantastic European Leadership Summit with a record sponsorship amount.

The HBA Europe region has been a change-maker and a shaker. As a region, it is very diverse as it includes eight different countries with almost as many languages and twelve chapters. The region has done incredibly well to leverage those differences to create a unique environment where ideas flow and different approaches are developed. The region is not scared of pushing the boundaries and questioning how things are done to improve and move forward to expanding our reach and our mission of gender parity around the world. In addition, membership keeps growing despite having a challenging year in which all their events – including their main event: the European Leadership Summit – have moved to a virtual space. They had an impressive number of events and many run in collaboration with other regions. Several initiatives like the Chapter of the Month were fantastic PR initiatives that also kept the membership engaged. In terms of finances, they have been profitable despite a very uncertain time and the whole region reacted very positively to the measures taken to keep expenses under control.

It is always hard to say why a region deserves this more, however, the HBA Europe region is punching above its weight and has so much potential to shape the approach to the international expansion of the HBA as a global force. 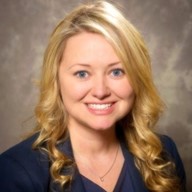 This award is to recognize an individual who has demonstrated consistent leadership that positively impacted their chapter and promoted overall excellence in furthering the HBA mission.

Emily has been an HBA advocate and leader for years now. She excels in organizational leadership, identifying and recruiting multiple volunteers to regional board roles across the nation, not just the HBA Southwest region. She is strategic and tactical, sharing her best practices for program execution based on her successes. Emily goes above and beyond and shares her time/talent/expertise to upskill new chapters in growth and assists volunteers in their functional areas and organizational processes. She makes sure to share financial strategies to improve top and bottom-line results and champions through change management.

Emily exemplifies what great looks like in a chapter president. She leads by example and lives her values, and is selfless in helping others advance. 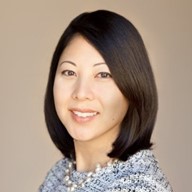 This award recognizes an individual who has demonstrated consistent leadership that positively impacted their region and promoted overall excellence in furthering the HBA mission.

Marcy Imada is truly a leader that the HBA looks to for her impact and input on the HBA Pacific region and the entire association. As a member of the HBA Pacific Region Executive Council, Marcy has been an integral part of the region's success, providing strategic guidance and ensuring the region meets its financial goals. In addition, Marcy stepped up to help lead the region as a co-chair when the current president needed to step down. Marcy contributes on a global scale attending the functional calls and serving as a role model for other regions with her role, guidance, and processes. She's efficient and organized and has mentored and coached her team to be the same. Marcy’s financial leadership has contributed to the HBA Pacific region and the HBA’s success, as seen by the numbers during her term as treasurer. If you have ever met Marcy, you know why she deserves this award. She is the HBA leader that we all aspire to be. 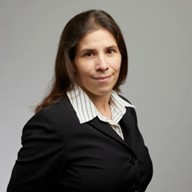 This award recognizes an individual who has demonstrated consistent leadership that positively impacted corporate relations, fostered collaboration, and promoted overall excellence in furthering the HBA mission.

Over the past two years, Sarah has been instrumental in improving functionality, organizational structure, and corporate relations (CR) processes within the HBA New England region and association-wide. She serves as a role model for CR colleagues and has collaborated with several regions in facilitating Corporate Partner sponsorships and relationships that span multiple geographic sites. Sarah embodies a continuous improvement philosophy and positive energy that benefits her regional team and CR leaders across regions. 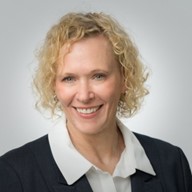 This award recognizes an individual who has demonstrated consistent leadership that positively impacted member engagement, fostered collaboration, and promoted overall excellence in furthering the HBA mission.

Kay began her role on the HBA Southeast Regional Council as a Membership and Engagement Regional Director. In that role, she streamlined the volunteer and award process so that the regional council members could traverse the process seamlessly, or at least made it seem that way. Once Kay took the reigns as president of membership and engagement, she built a strong team of capable committee members and motivated, educated, and trained the directors at large's in the region.

We would not have seen unprecedented growth in the region if not for her amazing leadership. 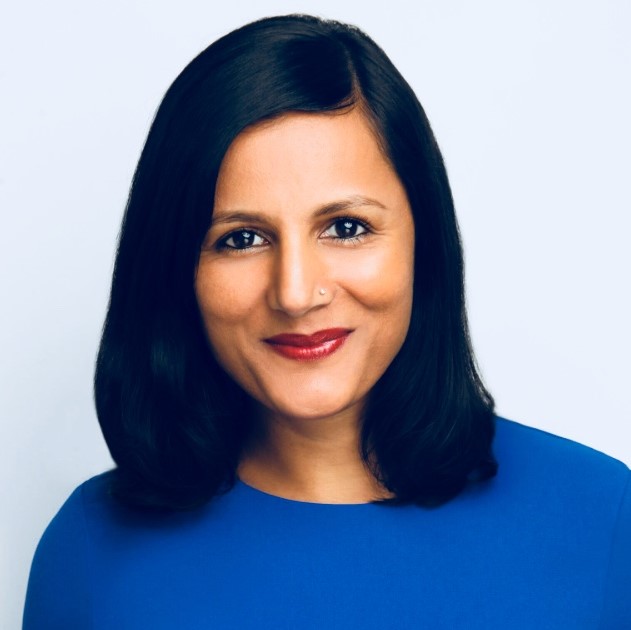 This award recognizes an individual who has demonstrated consistent leadership that positively impacted marketing and communications, fostered collaboration, and promoted overall excellence in furthering the HBA mission.

Deepa’s operational philosophy towards marketing is strategic and data-driven. Deepa is consistently volunteering at the global level for projects or to assist in what is needed. She is engaged and participates in the monthly functional calls with input and thoughtful questions. Deepa focuses on maintaining the brand of the HBA as well as serving the region and global. Deepa has established a best-in-class marketing team at a regional level with each member dedicated to key functional departments, providing strategic and functional support across the region. Deepa has contributed to a phenomenal social media following, with LinkedIn growth doubling in the past year. Deepa truly serves the HBA as an entire organization. 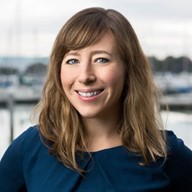 This award recognizes an individual who has demonstrated consistent leadership that positively impacted programming, fostered collaboration, and promoted overall excellence in furthering the HBA mission.

Allison Marshall has led programming across HBA San Francisco and the HBA Pacific region for years. She has taken the role of president of programming at the region to the next level. Allison now has two presidents executing the role in which she as a single contributor, has held. Her organization has served as a model for all chapters and regions. Her dedication and professionalism have helped execute many of the top programs across not only the HBA Pacific region but also national and global programs. Not only are the programs top-notch, Allison serves as a mentor, coach, and leader, ensuring that her teams across the region are operating at the fullest.