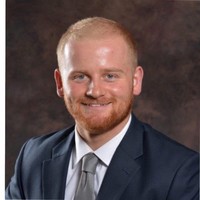 HBA Houston Honored Volunteer award was presented in August to Nate Sylvester. Nate was nominated for his commitment and many contributions as a volunteer for HBA Houston. Since joining HBA Houston, Nate has been an active and involved member, serving as an HBA Houston Ambassador within his company and in the community, a critical role that continues to be key to our success and growth. Nate has also stepped-up his volunteer efforts within HBA Houston’s marketing and communication team, developing Houston’s “New Member Orientation” presentation to debut in 4Q19. Most recently, Nate served on the HBA Houston Volunteer Engagement Event executive committee to help inform the membership of the multiple available volunteer opportunities.

Currently, an account executive of Medix; Nate has been with the company for over a year. Having spent six months in talent acquisition, he was promoted to his current role and now oversees the allied health division for the entire Houston area. Prior to Medix, Nate was a collegiate athlete, playing baseball for the Jacksonville State University where he received his Bachelor's degree in marketing. Nate has lived in Houston for the past two years but is originally from Denver, CO. When not working or supporting HBA efforts, Nate spends his time playing golf, playing volleyball, or taking his dogs Ripley (blue healer) and Barrett (black lab/shepherd mix) to the dog park.

Thank you, Nate, for your collaboration and your support and dedication to inspire and further the advancement and impact of women in the business of healthcare. HBA Houston would not be possible without the contributions of volunteers like Nate. He is an extraordinary volunteer that has played a significant role in building the HBA presence in Houston. We are lucky to have Nate as part of our HBA Houston Leadership Board. Email Nate.