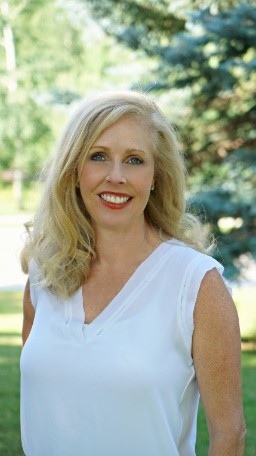 How did you begin your career?
I have a passion for helping others, so that they can pass it on. I graduated from Texas A&M University and then taught 4th grade. While I was teaching school, I went to graduate school at University of Houston- Clear Lake and earned a Masters of library science and information technology. In 2003, a sorority sister encouraged me to look into pharmaceutical sales and helped me to land that first interview, which led to an amazing new career. Since then, I’ve had great pharma jobs at Eli-Lilly and J&J. In 2009, I joined King Pharmaceuticals and shortly thereafter Pfizer acquired King Pharmaceuticals, which is where I work today.

Tell us more about your current role.
I am a senior healthcare representative (SHR) in dermatology in the inflammation and immunology division at Pfizer Inc. My customers are allergists, dermatologists and pediatricians in Houston East. I recently earned the Premier Award at Pfizer for my sales contributions in 2017. I have held leadership roles on my district teams and regionally by serving as the district operations expert.

How did you first learn about the HBA?
Pfizer is a big supporter of the HBA and they would send us information on how to join even before we had a chapter in Houston. I joined as a member back in 2013 and took advantage of the podcasts and WebEx’s. As soon as I saw that Houston was starting a chapter I attended the first networking event. I was so overwhelmed by the turnout and the excitement from other like professionals I knew I wanted to be a part of HBA Houston. The HBA allows you the opportunity to get involved in whatever areas you want to focus on.

From HBA Houston
Jenny Frantz has been extremely active with HBA Houston from the very beginning as an HBA Houston ambassador, a critical role that has been key to our success and growth. In fact, Jenny’s contributions inspired the role and we are extremely grateful for the initiative she has taken to help HBA Houston grow. Jenny received the HBA Houston Honored Volunteer award in September 2018 and was considered by HBA Houston as our “2018 Volunteer of the Year” earning her the HBA Houston’s LEAD (Leadership Excellence And Dedication) Award for 2018. Recently, Jenny joined HBA Houston’s board of directors as the membership and volunteering, director-at-large.

Thank you, Jenny, for your dedication to inspire and further the advancement and impact of women in the business of healthcare. HBA Houston would not be possible without the contributions of volunteers like Jenny. She is an extraordinary person and volunteer that has played a significant role in building the HBA presence in Houston. We are lucky to have Jenny as part of the team.