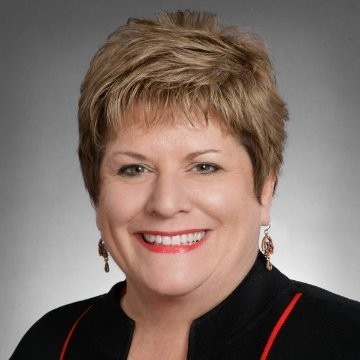 HBA Houston Honored Volunteer award was presented this month to Joan Damon Simon. Joan was nominated for her commitment and many contributions as a volunteer for HBA Houston. She has demonstrated an amazing attitude, enthusiasm and initiative to help the HBA Houston chapter grow. From the very beginning, Joan has been one of HBA Houston’s most active Ambassadors. Often people comment about learning of HBA Houston from Joan. Most recently, Joan volunteered on the HBA Houston Shoot for the Stars event Executive Committee for its inaugural HBA Houston panel discussion. The event was a huge success thanks to Joan’s leadership and contribution.

Joan Damon Simon, MBA, RN has more than 48 years of nursing and healthcare experience. She began her career in pediatrics and worked her way through nursing leadership roles. Her senior leadership career began as the first Administrator for The Methodist Hospital built in the outlying community of Sugar Land, Texas. She moved into the long-term acute care arena as CEO for eight years, then served as CEO of a rehab hospital.

Joan is currently the operations manager, III for a 50 physician multi-specialty outpatient clinic for the Houston Methodist Specialty Physician Group. She also serves as the R.N. for Dr. Richard Robbins, chairman of the Department of Medicine and practicing endocrinologist specializing in thyroid cancer. Additionally, she has been a member of the Endocrine Nurses Society for seven years. Joan is currently serving as past-president and continues to support growth and educational opportunities for endocrine nurses. Joan is married to Harold Simon and has four grown children and three precious grandchildren. Her hobbies include cooking, entertaining and karaoke.

Thank you, Joan, for your dedication to inspire and further the advancement and impact of women in the business of healthcare. HBA Houston would not be possible without the contributions of volunteers like Joan. She is an extraordinary volunteer that has played a significant role in building the HBA presence in Houston. We are lucky to have Joan as part of the team.