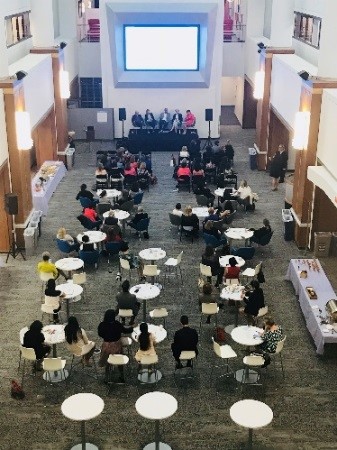 HBA Philadelphia and HBA Mainline Montco co-hosted an event on Patient Centricity: The Core Driving Force Behind Innovation on 10 May at the GSK R&D Collegeville campus. The event was sold out with 87 participants across pharma, healthcare consulting, biotech and IT. There was a lot of interest amongst the attendees to learn more about patient centricity. The event was sponsored by GSK’s Women’s Leadership Initiative (WLI). 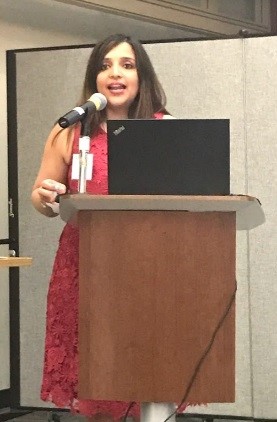 The evening started off with the attendees having an opportunity to network while enjoying the food and drinks. Nishtha Gupta (GSK WLI event lead/HBA CR ambassador) kicked off the event, on behalf of GSK WLI along with Marcia Rupnow and Kimberly Tableman, GSK WLI UP/UM site co-leads. Nishtha touched on GSK core values – “Innovation, Performance and Trust” and how the topic for this event aligns with GSK’s core values and the company’s mission of keeping the patient at the center of everything. Marcia remarked on the similarities between the WLI and HBA missions to promote the growth and development of women. 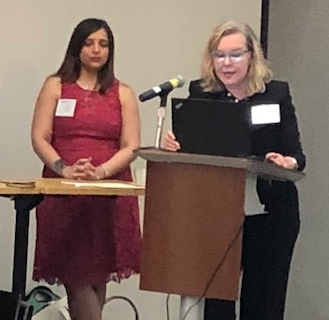 Victoria Tamarkin, president of HBA Mainline Montco, introduced the mission statement and charter “to further the advancement and impact of women in the business of healthcare” for the newly formed Mainline Montco chapter.

The event had a polling feature with mobile participation to keep the event interactive.

Amongst the key themes discussed were:

What is centricity, who is the customer and how to measure centricity? All panelists agreed on the importance of understanding the entire stakeholder landscape, including patients/consumers, physicians, payors, etc. so that solutions offer a value story that resonates with all. The measurement discussion focused on driving to both qualitative and quantitative metrics of outcomes, and on the need for greater transparency.

How to involve customers in centricity across the planning lifecycle? Panelists indicated the importance of research via customer councils and user groups, as well as the criticality of taking an agile, design centered and “fail fast” approach to ideation and development.

What role can and should data and technology play in customer centricity efforts? The discussion centered on leveraging proven technologies and devices while looking to other industries for inspiration where newer tools (virtual reality, miniaturization) have seen successful uptake. All the while adhering to current and new regulations around data privacy needs.

Gwynedd mentioned “Patient centricity is not new to pharma, GSK has the focus on the patient, J&J has a patient creed.” Feedback from the attendees was “great event”, “wonderful location….modern and energetic", “very interested to learn about patient centricity”,”informative event”.

The session was wrapped up by Amy Turnquist, president of HBA Philadelphia, thanking the HBA and GSK event volunteers. Five GSK day of the event volunteers tirelessly escorted the guests around and were very hospitable. It was a great way to end a very exciting and successful event.  A shining example of the fantastic team work between HBA Philadelphia and Mainline Montco. 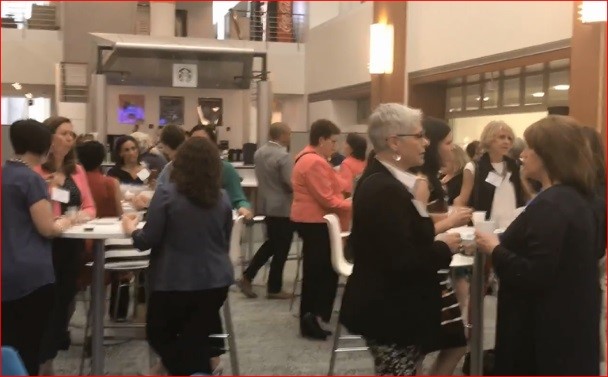