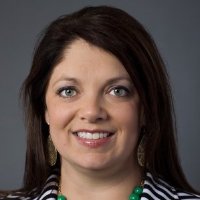 Each year, HBA Ohio gives the LEAD award, a highly distinguishing recognition, as a result of having demonstrated excellence in sustained contributions at a local level; positively impacted the chapter and its ongoing success; exemplified leadership excellence overall; and demonstrated dedication to the HBA mission of furthering the advancement of women in the business of healthcare.

Over the past two years as the director at large, membership, HBA Ohio, Kasey Griffen has been a driving force behind the chapter. "She has pushed us forward in tangible ways and directly contributed to creating a thriving membership team and a record number of new members for Cincinnati," said Karen Hagerty, president, HBA Cincinnati. "Kasey's tenacity and willingness to overcome challenges is contagious and has made us all better leaders."

HBA Cincinnati is a newly formed chapter and is reliant on the efforts of outstanding leaders like Kasey Griffen to grow and achieve continued success.

Kasey will be honored at the HBA Cincinnati volunteer recognition and networking event at Parker's Tavern in Blue Ash on 31 January from 5:30 - 8:30.