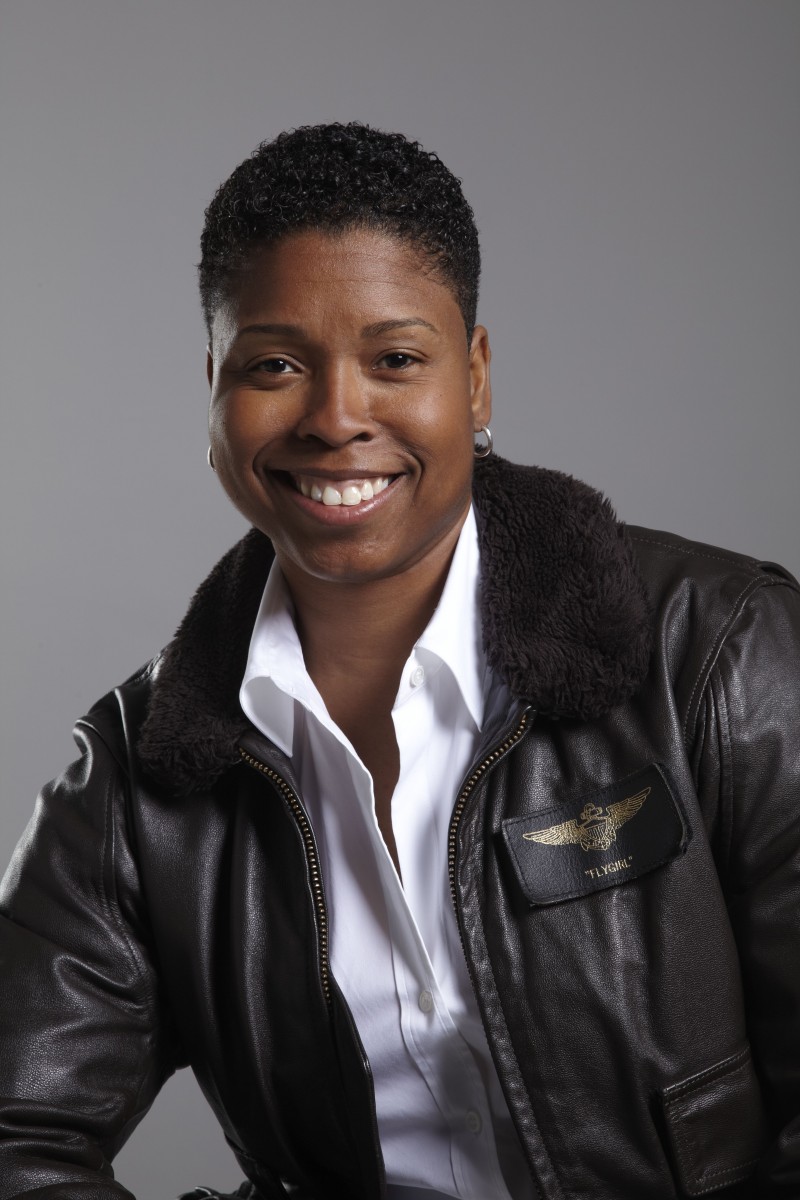 Known simply as FlyGirl, Vernice “FlyGirl” Armour went from beat cop to combat pilot in three years. Within months of earning her wings, she found herself flying over the deserts of Iraq supporting the men and women on the ground. After serving two tours overseas, she had become America’s first African American female combat pilot. After returning home, she realized that many people wanted to create breakthroughs in their own lives, they just didn’t know how.
Leveraging critical lessons she extracted from her combat experiences, she created a seven-step process called the Zero to Breakthrough™ success plan. She now travels extensively sharing this message through her keynotes, coaching and seminars. She is your battle tested speaker and ignites audiences with a dynamic spark that can’t be extinguished. Lead your team through the execution of any plan by harnessing the power of a “Breakthrough Mentality”. From the moment she leaps into the audience, she shows attendees how to go from “Zero to Breakthrough” and create a personal flight plan utilizing her candid strategies to win on the battlefield of business and life.
After leaving the military, FlyGirl developed her "Breakthrough Mentality" mindset and launched VAI Consulting and Training, LLC (dba FlyGirl Enterprises). By applying the Zero to Breakthrough™ success plan to her own company, FlyGirl produced over six-figures in revenue within the first 12 months. Her passion is helping organizations and individuals create similar results.
As featured on CNN, MSNBC, Oprah Winfrey, NPR and others, FlyGirl’s fresh style and presentation methods have inspired hundreds of organizations and individuals. FlyGirl ultimately impacts organizations and individuals with an understanding of the passion and leadership required to excel. Through her keynotes, executive and group coaching, seminars and executive retreats, FlyGirl conveys her message of Zero to Breakthrough™ utilizing her unique insight and life strategy: “You have permission to engage…cleared hot.”
An honorary doctorate of laws was conferred on FlyGirl from Chancellor University in 2010. She has also received awards as a pioneering pilot, to include her commanding role in science, technology, engineering and mathematics (STEM). She was the Marine Corps’ first African American female pilot, first African American woman on the Nashville Police Department's motorcycle squad, Camp Pendleton's 2001 Female Athlete of the Year, two-time titleholder in Camp Pendleton's annual Strongest Warrior Competition, and a running back for the San Diego Sunfire women's professional football team. FlyGirl’s signature book Zero to Breakthrough™ (Penguin) is available at ZeroToBreakthrough.com and wherever books are sold online.