tax attorney
Law Office of Nikki Johnson-Huston LLC
Nikki Johnson-Huston, Esq. is a tax attorney in Philadelphia with her own firm, The Law Office of Nikki Johnson-Huston LLC and spent over six years as an assistant city solicitor in the Major Tax Unit for the City of Philadelphia Law Department.
A 2004 graduate of Temple University Beasley School of Law, she earned a JD/MBA/LLM in Taxation in only four years. Nikki is a frequent speaker on how she overcame a life of poverty and homelessness to become a successful attorney.  Nikki is a former member of the Philadelphia Bar Association Board of Governors, Board of Trustees for Project H.O.M.E and former co-chair of the Women in the Profession Public Service Task Force of the Philadelphia Bar Association.
Nikki started a mentoring program for high-school students interested in legal careers and has led numerous panels focused on increasing educational opportunities. A determined advocate for the homeless, Nikki is also an in demand inspirational speaker who shares her story with organizations around the country.
In 2015 she launched “Donafy”, a micro-philanthropy iPhone app that allows citizens to locate and donate to nearby nonprofit organizations that service people in need of emergency housing, food, medical care, mental health, job training, LGBT and Legal Services. The App also allows citizens an opportunity to notify a non-profit organization that a homeless person at that location is in need of services.
In addition Nikki has won several awards including:
Nikki has been featured in numerous media outlets including: 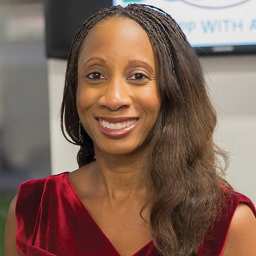