Fawn Germer will reach inside of you and pull out your best. She once had a boss tell her that she’d never be more than she was at the time – a reporter – but she sure showed him. Fawn is a four-time, Pulitzer-nominated investigative journalist and the author of eight books including the Oprah pick, Hard Won Wisdom.

Fawn interviewed more than 300 of the most accomplished leaders of our times, including everyone from Hillary Clinton to Marissa Mayer, Carly Fiorina, Meg Whitman and others. She has talked to Olympic athletes, CEOs, prime ministers, presidents, Academy Award winners and many other trailblazers who shared with her the secrets of true success.

From them, she learned that success is born in risk, and power comes from the self-awareness that disables doubt and self-esteem issues.

Her first book was rejected by every major publisher in the United States, but Fawn persevered until it was a bestseller. She wrote 29 letters to Oprah and something worked, with Oprah holding up Hard Won Wisdom and telling the world how “very inspiring” Fawn’s work was.

It is the way that Fawn dives into life that has inspired hundreds of thousands of people to live fuller, more meaningful lives. She is widely recognized as one of the world’s most renown voices on work-life balance, showing that we make a lot of choices in life, and those choices have consequences. Sometimes, it is as important to “lean out” as it is to “lean in.”

Fawn’s newest best-seller, Work-Life Reset, shows how to refocus and rebalance to live a more fulfilling and happier life. It shows how to mark a conscious end to what is not working and reset.

She travels the globe with her message of viability, performance and power. In recent months, she keynoted for Cisco, Walmart, Pfizer, Hallmark, Deloitte, Johnson & Johnson, Kimberly Clark, Xerox, Bayer, AIG, the Network of Executive Women, Harvard, the UCLA Anderson School of Business, the Wharton School of Business and many others.

Fawn is an avid kayaker, cyclist and adventurer who lives in Dunedin, Fla. with her dog Louie and a few cats who showed up on her porch knowing she is a sucker for a stray. 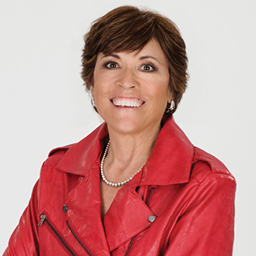