assistant professor of medicine and associate director
University of Pennsylvania
Dr. David Fajgenbaum, MD, MBA, MSc is assistant professor of medicine and associate director of the Orphan Disease Center at the University of Pennsylvania, co-founder/executive director of the Castleman Disease Collaborative Network (CDCN), and a patient battling the same rare and deadly disease–idiopathic multicentric Castleman disease (iMCD)–that he studies. He was diagnosed with iMCD during medical school. Between five life-threatening flares and hospitalizations, Fajgenbaum created the CDCN, which has become a model for international collaboration and spearheaded an innovative approach for accelerating research. He has published research that has changed the way iMCD is researched and treated. Currently, he is in his longest remission ever thanks to a precision treatment that he identified, which had never been used for iMCD. He works around the clock to unlock the unknowns of iMCD, spread the CDCN's collaborative approach to other rare diseases, and advocate for rare disease research and initiatives to incentivize new rare disease treatments, such as the OPEN ACT.
Dr. Fajgenbaum also co-founded the National Students of AMF Support Network, a non-profit organization dedicated to supporting grieving college students that has reached 3,000+ students on 200+ college campuses nationwide. Dr. Fajgenbaum’s work has been highlighted by the New York Times, Science, Today Show, Reader's Digest, Everylife Foundation's 2016 RareVoice Award, Global Genes' 2015 RARE Champion of Hope: Science award, and Forbes Magazine's 2015 30 Under 30 Healthcare List. David received his BS from Georgetown University, his MSc from Oxford University, his MD from the University of Pennsylvania, and his MBA from The Wharton School of Business. 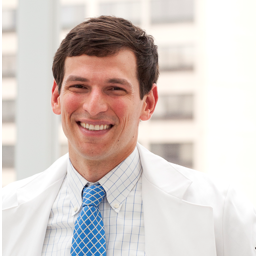