Chiara Motley is a lead executive coach with GK Training and Communications, and has an extensive background in coaching and entrepreneurial development. She began in the field as a personal coach, and now works with GK, consulting with clients in the fields of law and finance. In her individual coaching, Chiara specializes in professional presence, vocal production, poise, composition, and movement training. She helps her clients determine what they want to present, how to organize the presentation, and how to communicate that content effectively, with poise, confidence, physical grace and clarity.

Chiara holds a master of fine arts from The National Theatre Conservatory in Denver, CO and a BA from Stanford University, where she was awarded the Evelyn M. Draper Prize for Performance and graduated with distinction. She is also a graduate of Phillips Academy in Andover, Massachusetts.

As an undergraduate at Stanford, Chiara studied English, composition, and linguistics, as well as theatre. In addition to her work as a communications consultant, she has a background in ballet and contemporary dance. Her approach to teaching is informed by her own career in the arts. Chiara is a performer and voice over artist. She has appeared in several commercials, voice overs, and performed on stages across the country.

Chiara has led workshops for Seattle Shakespeare Company and the Denver Center's Education Program, and has coached performers, businesspeople, and entrepreneurs. As a consultant, Chiara helped The Chef’s Connection develop their online written and video content to increase business and website traffic. She has coached chefs and restaurateurs, helping them to speak passionately and eloquently about their cuisine, their aesthetic, and their business strategy. 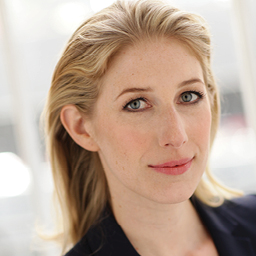